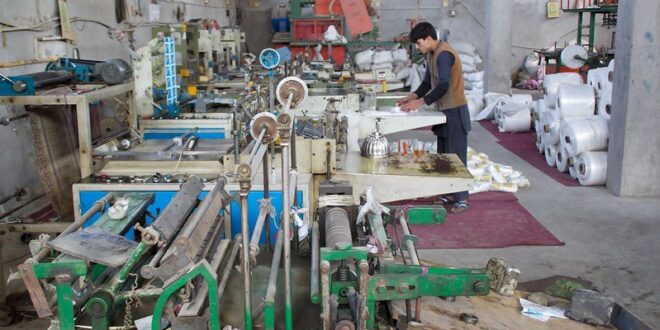 From Aerial Strikes to Starvation, Afghanistan’s People Bear the Brunt of the West’s Failed Taliban Tactics

On 26 August last year a former engineering student named Abdul Rahman al-Logari, wearing a vest containing 25lb of explosives, was about to be searched by American soldiers guarding Kabul airport.

At the last moment, this Isis suicide bomber detonated his device, killing 13 American soldiers and between 170 and 200 Afghans who were desperately trying to get a flight out of the country.

Three days later the US fired its last missile in its 20-year-war in Afghanistan at what it said was a car near the airport into which it believed Isis members had loaded a bomb.

Both these stories turned out to be incorrect. Credible evidence soon emerged that, while the Isis bomber had killed the American troops, many of the Afghan civilians who died were shot by American soldiers who imagined they were being targeted by Isis gunmen.

“Many we spoke to, including eyewitnesses, said significant numbers of those killed were shot dead by US forces in the panic after the blast,” wrote Secunder Kermani, the BBC correspondent in Kabul.

Investigation revealed that the 10 civilians, seven of them children, who were killed by the US drone strike on the car were equally innocent. The supposed bomb was most probably canisters of drinking water.

These two examples of “collateral damage” are no different from thousands of others in the country – and in Iraq and Syria – except that they occurred at a time and a place where journalists could investigate what had really happened.

But it is important to understand that there is more to the accidental killings of innocent Afghans at Kabul airport than the ravages inevitable in any armed conflict at any time.

They are rather the inevitable outcome of a supposedly new kind of warfare, which pretends to avoid civilian casualties, but only conceals them. As a military and political strategy, it grew out of a recognition by Washington and London that foreign military intervention no longer enjoys sufficient public support in the wake of the debacle of the Iraq war. The drip-drip of dead and wounded soldiers coming home from military conflicts in far-away places is no longer acceptable.

The response of the US and allied governments was to turn to two fresh strategies, one military and one economic, that seemed to solve their problem. They would allow them to wage war on the cheap, so to speak, reducing their own military casualties, avoiding civilian loss of life, but still inflicting war-winning losses on an enemy. This new approach had the further advantage that it could be sold as low-key and even humane – devastating though its real outcome on the ground has been.

Air forces have always oversold the accuracy and effectiveness of their bombardments. In the 1920s, the RAF was already claiming that it could suppress Kurdish rebels in Iraq by bombing their villages. But over the last decade in Afghanistan, Iraq and Syria, air forces have made much more ambitious claims that they can hit targets with pinpoint accuracy, while such is the quality of the detailed information they can now receive from drones that they can distinguish armed enemies from the civilian population. In 2016, for instance, the Pentagon claimed to have killed 25,000 Isis fighters and only 21 civilians in 18 months.

Many suspected that this was not true, but the contrary was difficult to prove because those targeted lived in dangerous, difficult to access places. It was only when a hidden Pentagon archive of 1,300 documents about its air war in the Middle East since 2014 was handed over to researchers under the Freedom of Information Act and published in The New York Times that the true facts emerged.

When investigators on the ground spoke to surviving civilians, they discovered a catalogue of bloody errors: sacks of cotton were mistaken for bags of ammonium nitrate destined for a bomb-making factory; a man identified and targeted by aerial surveillance turned out to be an elderly female; males on five motorcycles driving quickly “in formation”, as if they were about to launch an attack, turned out to have been just men on motorcycles; a suspicious object being taken into a house, which was then attacked, turned out to be a small child.

Civilian loss of life stemming from misidentification of targets could be very high: in 2016, the US bombed a hamlet called Tokhar in northern Syria and claimed to have killed 85 Isis fighters, but eyewitnesses said that in reality they had killed 120 farmers and their families.

In other words, this new type of air war was just as bad as anything seen in Vietnam and was in the nature of a collective punishment of the civilian population as a whole. Missiles and bombs might also kill many Taliban, but anger at civilian loss of life meant that they acted as its recruiting sergeant. In the event, reliance on supposedly super-accurate and well-informed air power failed and the level of destruction in cities like Mosul in Iraq, Raqqa in Syria and countless villages in Afghanistan was not much different from the Second World War.

But the air war was only one element in a two-prong strategy, the second of which was to impose tight economic sanctions, much like a medieval siege, on countries like Syria, Iran and Afghanistan. Again targets were supposed to be the governments of those countries, but leaders were the last to be affected by scarce and expensive supplies. Instead ordinary Syrians for and against Bashar al-Assad have been brought close to starvation. Iraqi society has never really recovered from stringent UN sanctions against Saddam Hussein. Despite these ominous precedents, Afghanistan, already one of the poorest countries in the world, has been punished by a tight economic embargo imposed after the Taliban overthrew the American-supported government in August.

Less than five months after the fall of Kabul, three-quarters of the 40 million Afghans have been plunged into acute poverty, with many already suffering from malnutrition. On top of war, the Covid-19 epidemic, and drought, came the collapse of the foreign-funded state machinery and aid programmes. And, if this was not enough, what remains of the economy has been strangled by economic sanctions with the freezing of more than $9bn in central bank reserves and cutting off of the country from the international financial system. The consequent social and economic collapse has led to the UN looking for $4.4bn in humanitarian relief last Tuesday, the largest appeal it has ever made for any single country.

Even if mass starvation is avoided this time round, Afghanistan will remain a pariah state, and this is bad news for everybody. Like it or not, the Taliban won the war, and aiding a destitute population while ignoring them is impossible.

The Biden administration is in its usual muddle after allowing the Taliban to win, now imagining that it can punish them, or modify their behaviour for the better, by economic pressure. But starving them out is not going to work and, if there is any starving to be done, it will be by millions of ordinary Afghans.