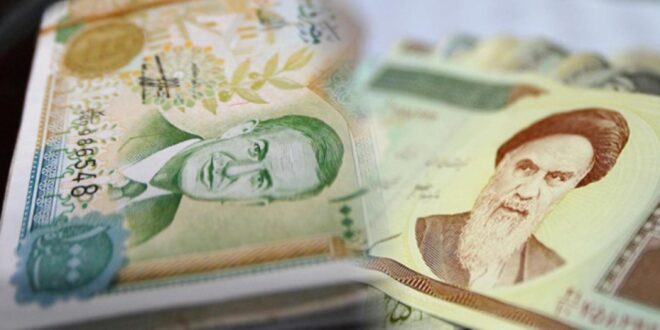 Syria and Iran are deepening economic cooperation, as Iran is about to launch a Syrian-Iranian joint bank, according to Asharq al-Awsat.

Syria and Iran reached an agreement to launch a joint free trade zone and bank, the Iranian Minister of Roads and Urban Development Rostam Qasemi announced this weekend, in a bid to deepen economic ties.

The announcement concluded an Iranian commercial delegation’s visit – headed by Qasemi last Wednesday – to Damascus and seen as part of Iran’s efforts to deepen its economic influence in Syria.

On January 13th, the head of the Syrian-Iranian Chamber of Commerce Kiwan Kashfi announced that Iranian exports to Syria increased by 90 percent from March to the end of 2021, amounting to $160 million over this period.

Iran’s influence in Syria grew to unprecedented levels after the 2011 Syrian revolution. The Syrian regime’s brutal repression of protests pushed most Arab and foreign countries to cut ties with the Assad regime.

Iran continued to back Assad throughout the ten-year war, which has killed over 500,000 civilians, supplying militias, weapons, and various forms of economic support to the regime, including oil.

Iran also established universities and companies inside Syria to boost exchanges and trade between the two countries, which remain isolated by most Western powers and are targeted by extensive international sanctions.