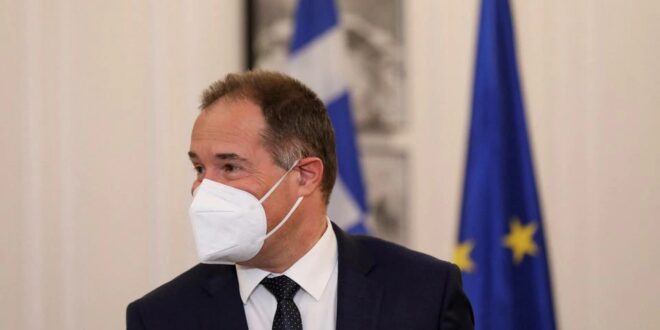 The European Union needs clearer rules on balancing respect for human rights with the need for border protection, the chief of the EU’s Frontex border and coastguard agency said on Friday.

Frontex is under growing scrutiny over allegations it violated the human rights of certain people seeking asylum while forcefully returning other migrants to non-EU countries. The EU ombudsman has also said the agency failed to meet transparency requirements.

Speaking in Lithuania, Frontex executive director Fabrice Leggeri told reporters that legal clarification was needed to “know what is possible and what is not” in the EU.

“Clarification (is needed) how to strike the balance between prohibiting illegal crossing while maintaining access to international protection for those who are in need. These are the key principles to combine,” Leggeri said.

He was standing near a three-meter high, razor-wire topped fence built by Lithuania at its border with Belarus.

Lithuania in August began pushing back almost all Middle Eastern migrants who sought to cross from Belarus in what the EU called an orchestrated effort by the authorities in Minsk.

Frontex has been helping Lithuania handle migration from Belarus, and the agency’s fundamental rights officer has logged at least 20 violations of migrant rights at hands of Lithuanian border guard by October, according to an EUObserver report.

“We are trained to comply with the fundamental rights, we are aware that there is the right to have international protection, but on the other hand there are illegal behaviours and illegal crossing that are not in line with EU regulation,” Leggeri said.

Post Views: 97
Previous What are US military options to help Ukraine?
Next US threatens use of novel export control to damage Russia’s strategic industries if Moscow invades Ukraine