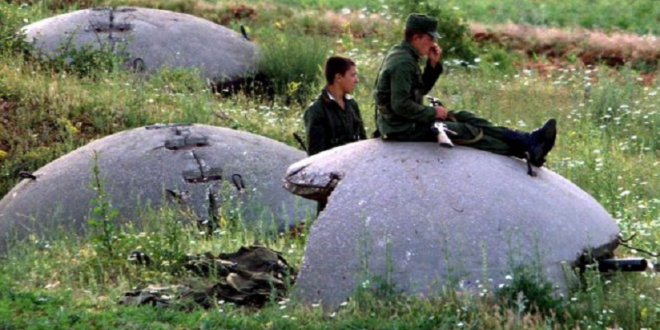 The defining characteristic of Albania’s brutal communist regime was its morbid fixation with borders – and the memory of that claustrophobic world helps explains why, today, so many Albanians want to escape.

Icrossed Albania’s borders on a cold day of January 1991, for the first time of my life. It was the first time I’d seen the borders of my own country and glance at the outer limits of an isolated, violent, and absurd world that had kept us out of time and space for nearly half-a-century.

Every time my border-crossing memory pays an uninvited visit to my dreams or nightmares, the words of French historian Pierre Vilar come to mind: “The history of the world is best observed from the border.”

I don’t know whether that stands true for all the history of the world, but I know that 20th-century Europe’s often painful history can be observed through the lens of borders.

The morbid fixation of the Communist regimes of Eastern Europe with borders, fences and walls was unprecedented in European history. The model of the impermeable “iron curtain” that divided the European continent for half a century was initially imposed by Stalin.

This tyrant understood that to “perfect” a totalitarian system of control you need totally impermeable border for the system to work. What made the Stalinist/communist borders so dystopic was the very intention to distort any classical perceptions of “borders,” given that the main objective was to keep the entrapped inside, walled-in. When someone retells the story of these borders, it sounds like a description of some disturbing futuristic tale.

Despite the differences among Eastern European communist countries, their shared fixation with borders remained intact until the end.

Suffice to say that the last “big dream” of Erich Honecker’s East Germany was to turn the Berlin Wall into the most impermeable border in human history. (Who knows if part of Vladimir Putin’s perception of the world reflects the frustration and humiliation he surely felt as a KGB agent in East Germany when that “dream” of perfect isolation turned into rubble?).

When I first visited the Museum of Communism in Prague, a propagandistic photo of Czechoslovak border guards caught my attention. It was identical to the kind of propagandistic photos that I grew up with as a child in Albania. The same Kalashnikovs ready to kill on behalf of “socialism and the homeland;” the same vigilant eyes fixated on the ghost of the ubiquitous internal and external enemy; the same fingers pointing somewhere, God knows where, perhaps everywhere.

And, of course, that same German Shepherd: always by the side of the border guard, like a faithful shadow, usually with his long tongue hanging from his scary mouth, ready to maul the “enemies.”

In America, German Shepherds were trained to attack African American civil right demonstrators in Birmingham, Alabama in 1963. In the US they were known as “police dogs”. In Eastern Europe, they were known as “border dogs” – there to guard the borders. In Albania, artists painted them according to the aesthetic rules of Socialist Realism. Poets wrote eulogies for them. The picture of Czechoslovak border guards I saw in Prague stirred memories, one being my early signs of “unconscious rebellion;” it was while watching propagandistic border guard/border dog paintings when I began asking myself uncomfortable questions. I should have been around 13 when I asked myself: are the vigilant and merciless eyes of the border guards and border dogs fixated towards us on the inside, or towards them on the outside? I felt they were watching us. I instinctively felt watched.

The first time I became acquainted with Albanian’s totalitarian borders, I was held at gunpoint. Three young Albanian soldiers with angry faces pointed their Kalashnikovs at us – the border-crossers, waiting for orders from an officer who wore a scornful grin. Two different worlds collided that day on the Albanian-Greek border: on one side, people like myself were attempting to cross a border that had been kept sealed like a mummy’s sarcophagus for half-a-century; on the other, three young soldiers and their middle-aged officer ready to kill in order to keep the border sealed.

In January of 1991, border-crossing (or “escape tentative” as the penal code of the regime described it) was no longer considered “high treason.” After the violent fall of Nicolae Ceausescu in Rumania, the Albanian regime anticipated its own fall, and hesitantly initiated reform.

Not murdering people for merely attempting to cross the borders of a country that had essentially abolished passports was indeed one of the most remarkable reforms, by the regime’s standards. But even after the abrogation of the murderous law, killings at the borders didn’t stop. I recently stumbled on a list published by Afrim Krasniqi from the Albanian Institute of History, listing Albanians killed on the border during 1990 alone. Thirty-three, according to the list: the youngest being 17 and the oldest, 50.

Most of the victims were in their early twenties; almost all of them were killed after May 1990. It is estimated that the list should be much longer. An unknown number of victims is still declared missing and allegedly buried into unmarked graves – the usual, macabre practice of Albania’s communist regime. None of the killings has ever been investigated. No one was brought to justice. A handful of victims’ relatives tried to shed light on the killings of their loved ones but they were treated with contempt: Albania’s post-communist authorities consider the files of the killings on the borders definitively closed.

Whenever I meet readers in the US or Europe who ask me why Albanians are still leaving their country, I always bring up the horrific, unpunished crimes at our border. The reasons why Albanians (and many others) leave their countries are complex to understand or explain; though I tend to believe that at least one reason relates to the gut-wrenching feeling of finding it unbearable to live in a country with so many crimes and criminals never punished or brought to justice.

But now I realize I have lost my way again. For sure, stories of borders are never easy to begin. They are even more difficult to end; I promise I’ll do that next time.