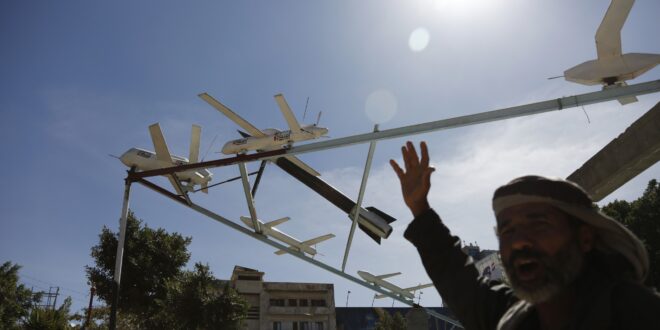 The operation coincided with the US ambassador’s visit to Hadhramaut province, where he met with officials in the Saudi-backed government

“The Armed Forces, with God’s help, thwarted an attempt to loot crude oil through the Qina port, used by the [enemy coalition and its allies] for smuggling … after sending it several warning messages,” General Brigadier Yahya Saree, the official spokesman for the Yemeni Armed Forces, said in a statement via Twitter.

According to a security official in the Shabwah province, the attack did not result in any damages or casualties, but did cause some minor injuries and left the ship’s crew in a state of panic.

Although some media outlets have referred to this attack as the third Ansarallah attack against a foreign vessel, Yemen’s official military media outlets have listed it as the second, with no mention of another. The first occurred on 21 October, and targeted a Greek tanker attempting to loot oil from Hadhramaut’s Al-Dabba port.

In a joint statement released by the US embassy, the ambassadors of France, the UK, and the US condemned the attack.

“We, the ambassadors of France, the United Kingdom, and the United States, strongly condemn the November 9 Houthi terrorist attack targeting an oil tanker while it was docked at Yemen’s Qina port,” the US embassy statement read.

“By launching yet another assault on international shipping and the flow of fundamental necessities, the Houthis have once again demonstrated their abject failure to prioritize the Yemeni people,” it added.

Hussein al-Ezzi, Yemen’s Deputy Foreign Minister of the National Salvation Government (NSG) in Sanaa, denounced the statement, saying that it was a condemnation of Yemen’s protection of its own natural wealth, and a disregard for the Saudi-led coalition’s continued theft of the country’s oil, as well as that of its allies.

The Ansarallah attack coincided with the visit of the US ambassador, Stephen Fagin, to Hadhramaut province, where he met with officials from the Saudi-backed Presidential Leadership Council (PLC).

The following day, Ansarallah denounced Fagin’s visit in a statement, referring to it as a reinforcement of US “schemes and projects” against Yemen. The statement also condemned the illegal US military presence in the country, and its continued support for the Saudi-led coalition.

Meanwhile, on the same day, the Yemeni Petroleum Company (YPC) announced that the coalition seized another two humanitarian fuel vessels bound for the main port of Hodeidah, which has been under blockade since 2015. As is usually the case, the vessels were cleared and inspected by the UN.

Yemen has continuously warned the coalition and the international oil companies operating in the country against the theft of its oil. These last two operations against foreign tankers signify the seriousness of Ansarallah and the Armed Forces in vowing to protect the country’s resources.