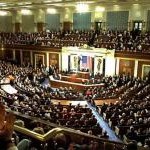 The US Congress Wednesday passed a resolution on Bosnia and Herzegovina, calling for an appointment of a new US special envoy and continued constitutional reform in the troubled country.

The prospect of renewed US focus on the country has sparked immediate reactions within Bosnia, and threatens to trigger a fresh bout of quarreling between the country’s already bitterly divided leaders.

“If this is encouraging a process, we have nothing against it. But if the resolution stipulates that this will be managed by the international community, then we are against it and will not enter that process,” said the Premier of the Serb-dominated Bosnian entity of Republika Srpska, Milorad Dodik.

Over the past few months Dodik has repeatedly warned the US against reengaging in the Balkans.

Bosniak (Bosnian Muslim) and Croat leaders, on the other hand, welcomed the US Congress Resolution 171, which was adopted on Wednesday, hoping that renewed US political presence will offer a way out of political deadlock.

“The full incorporation of Bosnia and Herzegovina into the Euro-Atlantic community is in the national interest of the United States and important for the stabilisation of southeastern Europe,” read the resolution, obtained by Balkan Insight.

“The United States should appoint a Special Envoy to the Balkans who can work in partnership with the EU and political leaders in Bosnia and Herzegovina to facilitate reforms at all levels of government and society, while also assisting the political development of other countries in the region,” the Resolution said.

It added that the Office of the High Representative, OHR, should not be closed until conditions for its closure are fully met, and called upon the EU leadership to reconsider its plans to end the mandate of the EU peacekeeping force, EUFOR.

The resolution also focused on the need to increase the functionality of the Bosnian state through continued constitutional reform.

“The Council of Europe’s Venice Commission has concluded that the current constitutional arrangements of Bosnia and Herzegovina are neither efficient nor rational, and that the state-level institutions need to become more effective and democratic if the country is to move toward EU membership,” the document said.

However, the peaker of the Republika Srpska Assembly Igor Radojicic stressed that the Resolution was not binding for the US President, and indicated that it has been pushed through by those who were in favor of Bosnia becoming a more centralised country.

Over the past few years, Bosnian Serb leaders have stalled and reversed attempts to strengthen Bosnia’s joint institutions that aim to make the country more functional.

The tensions over these two conflicting views were also visible during the session of the Bosnian House of Representatives on Wednesday. During the session, a Bosnian Serb deputy Milorad Zivkovic proposed that the country’s statistic bureaus should conduct a survey and ask citizens what their preferable administrative solution for Bosnia is and whether they accept living alongside other ethnic groups.

The proposal triggered harsh reactions from Bosniak officials, who saw this as another attempt to sneak the organisation of a new census through the back door. The organisation of a new census is a key stumbling block as it would re-focus attention on Bosnia’s ethnic make-up.
“Don’t play with Bosnia and Herzegovina,” Bosniak deputy Sefik Dzaferovic fired back at Zivkovic during the heated parliamentary debate.