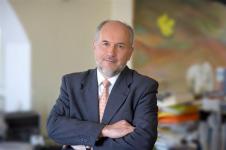 In a telling indication of growing tensions in the country, local police reported two vandal attacks on a Bosniak mosque and cemetery in the eastern town of Visegrad.

“When will the Office of the High Representative (OHR) stop the anti-Dayton behavior of (Bosnian Serb leader) Milorad Dodik and the Republika Srpska,” asked Sulejman Tihic, president of the ruling Bosniak Party of Democratic Action, SDA.

Although often seen as too vague, meetings between Bosnia’s three national leaders – Tihic, Dodik and Bosnian Croay Dragan Covic, the so-called Prud troika – is the only venue where local leaders, without international pressure, can explore ideas to resolve Bosnia’s political problems.

Despite Tihic’s absence, Dodik, Covic and the new High Representative Valentin Inzko met on Sunday in Banja Luka. They discussed a resolution over the military property, one of the remaining conditions for the closure of the OHR.

Holding a meeting among Bosnian Serb, Croat and international officials, without the presence of Bosniaks, triggered new criticism in the country.

Meanwhile Tihic told media that whatever was agreed at the meeting was not binding for Bosniaks. He added that this development meant “the end of the Prud process.”

This new political escalation in Bosnia was initiated after the Serb-dominated Republika Srpska Assembly in May adopted conclusions that reclaim responsibilities passed from entity to state level. There was also a demand for Bosnia’s High Representative to stop using his powers.

New High representative Valentin Inzko initiated “new war” with Bosnian Serb leadership over this disputed document. Yet, after giving Republika Srpska Assembly a June 11 deadline to abolish or reformulate the conclusions, Inzko did nothing when the Assembly ignored and mocked his request.

Bosniak politicians and media saw this as yet another defeat and betrayal of international politics in the Balkans.

In protest against this development, Tihic – who is currently seen as one of the most moderate local politicians – said further political talks were pointless until OHR and the rest of the international community halt Bosnian Serb challenges to the Bosnian constitution and OHR authority.

Even the EU foreign policy chief, Javier Solana, supported the Prud initiative and spoke with all three leaders over the weekend over the phone, but Tihic remained determined and boycotted the meeting.

Tihic told media that Inzko himself has declared latest Bosnian Serb actions unconstitutional and that he expected from Inzko to live up to his word.

Experts and analysts warned that the confused behavior of the international community in Bosnia and the rest of the region may be leading to new tensions and further problems.

Two problematic incidents were reported on Sunday in Visegrad, where vandals damaged a local mosque and placed a dead dog near the grave where parts of the body of a Bosniak child killed during the war were supposed to be buried. Police are investigating the two incidents.