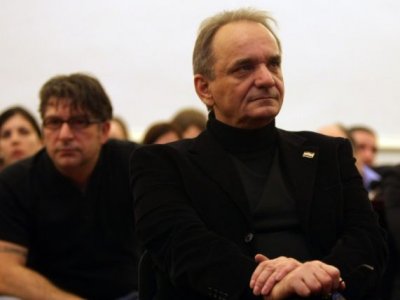 Bosnia’s state court on Tuesday refused to extradite a powerful Croatian parliamentary deputy who fled to Bosnia to avoid going to jail for war crimes.

Branimir Glavas was the first senior Croatian official to be convicted of war crimes against Serbs during the breakup of the former Yugoslavia in the 1990s. He also holds Bosnian citizenship and fled there shortly before being sentenced.

“The court found the criminal procedure code of Bosnia-Herzegovina (BH) does not provide for the possibility of extradition of BH citizens and that such obligation on the part of BH is not prescribed under international law,” the Bosnian court said in a statement.

It released Glavas from detention in Bosnia last month but said it would proceed with Croatia’s request to extradite him.

Glavas was sentenced by a Croatian court in May to 10 years in prison for the torture and killing of Serb civilians during Croatia’s 1991-95 war of independence.

The Western Balkan countries do not have common agreements on extradition and convicts from Bosnia, Croatia and Serbia have increasingly used this legal loophole to avoid jail.

Glavas has denied any wrongdoing and staged several hunger strikes to protest against his detention and trial. He denounced the proceedings as politically motivated and commissioned by Croatia’s ruling HDZ party, which expelled him in 2006.

Bosnia, Croatia and Serbia all have ambitions to join the European Union. Their effectiveness in punishing war criminals is a key factor for successful membership bid.