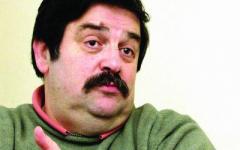 The trial of the former Deputy Prime Minister, Vasil Tupurkovski was unfair and a clear example of a corrupt judiciary, the Macedonian Helsinki Committee for Human Rights said in a case study.

This case illustrates the “internal decay” in the judiciary. It is “incapacitated… by sheer fear and by elementary lack of professionalism coupled with excessive enthusiasm to serve narrow partisan interests and goals” the Committee’s analysis concludes.

In April, Tupurkovski was sentenced by the Skopje Criminal Court to three years in prison for misuse of funds in the infamous “Taiwan Loans” case. He was convicted of approving loans to dubious firms that were never repayed, back in 1999 when he was head of the state Agency for Development and Renewal that managed the funds.

The charges against Tupurkovski of having transferred the Taiwanese funds “which were accepted obediently by the court, are completely false and legally ungrounded,” the Helsinki Committee said in its analysis of the case.

Upon being sentenced, Tupurkovski launched a protest campaign arguing the trial was an act of political retribution. He said he would seek justice in front of international institutions, arguing that the real criminals, those who embezzled the money, were never tried.

Then head of the Democratic Alternative party, Tupurkovski served in the 1999-2000 government led by Ljubco Georgievski’s right of centre VMRO DPMNE party as Deputy Prime Minister, Minister for European Integration and National Coordinator for Foreign Aid.

During that period Macedonia recognised Taiwan based on Tupurkovski’s insistence, angering China. In return, Taiwan promised significant investments in the country but only a small portion of the money arrived.

In December 2000, Tupurkovski left the government complaining that his projects for Taiwanese investments were being undermined by the VMRO DPMNE.

During the trial, Georgievski gave testimony in favor of Tupurkovski, claiming that the government gave verbal permission to disperse the funds.

Having a strong judiciary is one of the key preconditions the country has to fulfill if it wishes to speed up its EU accession, Brussels officials have repeatedly said.