Macedonia, Bulgaria need to step up cooperation on Corridor 8 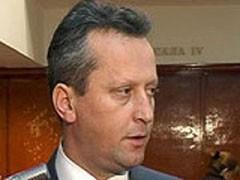 Macedonia and Bulgaria need to step up the cooperation in the construction of Corridor 8 given its significance as regional corridor, the two countries’ officials said.

According to Macedonian Parliament’s press service, Macedonian parliament president Trajko Veljanovski and his Bulgarian counterpart Cecka Cacheva met on the sidelines of the 121st session of the Interparliamentarian Union (IPU) in Geneva.

The interlocutors underscored that sharing Bulgaria’s experience in EU accession negotiations would be much beneficial to Macedonia in the coming period.

Veljanovski and Cacheva pledged support to good neighborly relations between the two countries and follow-up of cooperation at parliamentary level.