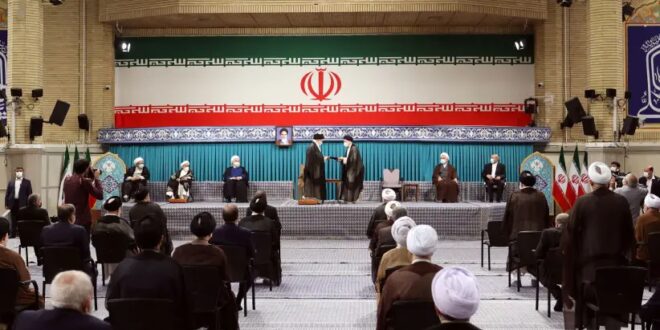 Ex-NSC chief Meir Ben Shabbat was a top adviser to Netanyahu. Nevertheless, he received bipartisan support at a Knesset panel.

The central threat to Israel and most important for its security must remain Iran, outgoing National Security Council adviser Meir Ben-Shabbat said Monday.

“Blocking Iran is the highest priority,” he said during a farewell meeting at the Knesset Foreign Affairs and Defense Committee (FADC). “This goal grabs a central place on our strategic and security agenda, and it should remain so.”
On a more cautionary note, Ben-Shabbat said: “Israel is a strong country and its strategic situation is good, and the [security] balance it has is positive but fragile and faces many challenges,” which could lead to a sudden negative turnaround.

He also expressed concern about divisiveness within the country and the need to “join hands” and find “nontraditional solutions” to secure the nation.

Ben-Shabbat wished Eyal Hulata, his successor, the best of luck.

Prior to becoming NSC chief in 2017, Ben-Shabbat had spent decades as a top official in the Shin Bet (Israel Security Agency), eventually reaching the equivalent of the rank of an IDF major-general.

He did not address any political issues or go into detail about either former prime minister Benjamin Netanyahu, whom he spent nearly his entire term serving, or Prime Minister Naftali Bennett, whom he served since mid-June.

The panel’s MKs all heaped praise on him, despite Ben-Shabbat often being identified with Netanyahu.

Opposition MKs were not in attendance, possibly as part of a partial boycott of the committees, though some might have thought an exception would have been made for a top long-standing Netanyahu aide.

FADC chairman Ram Ben Barak (Yesh Atid), a former Mossad deputy chief, said: “Very few people know your huge contribution to national security, and you are always so modest. I do hope we will benefit from your wisdom for many years to come.”

New Hope MK Zvi Hauser, a former FADC chairman, gave what was likely the most personal send-off, noting that Ben-Shabbat had endured many political attacks. He implied that many of the attacks had been unjust and had occurred simply because he was working for Netanyahu, even though Ben-Shabbat himself had served in a professional capacity as a security expert.

Hauser referred to the Jewish nation as “a stubborn people” and essentially said anyone who attacked Ben-Shabbat should ask his forgiveness, especially in light of his handling of the unprecedented coronavirus crisis, for which Hauser gave him high marks.