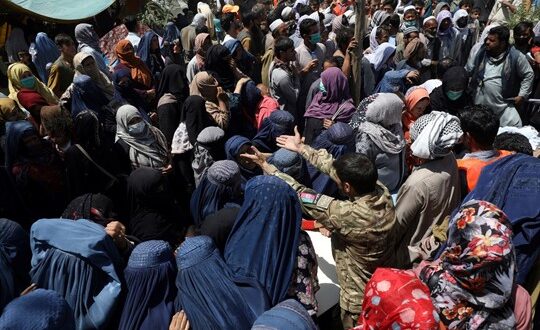 The U.S. Is Leaving Behind a ‘Nightmare’ in Afghanistan

From the moment President Joe Biden announced in April that the United States would withdraw all its military forces from Afghanistan within a few months, the level of violence there intensified, negotiations sputtered and the prospects for the Afghan people—especially Afghan women—became grim. The seeming rashness of the decision and lack of planning to handle obvious major contingencies were serious missteps for a president that has so far made mostly thoughtful, carefully calibrated moves.

This is not to suggest that U.S. forces should stay in Afghanistan forever. To be sure, Afghanistan is the land of no easy solutions, and Biden faced only poor choices on how to proceed. But he took what was a dismal deal with the Taliban, left in place by former President Donald Trump’s administration, and followed through on it in a way that almost guaranteed chaos and tragedy for the beleaguered Afghan population, with consequences beyond that country.

Post Views: 58
Previous Afghanistan’s Collapse Begins at the Top
Next US sending 3,000 troops to Afghanistan as major cities fall to Taliban