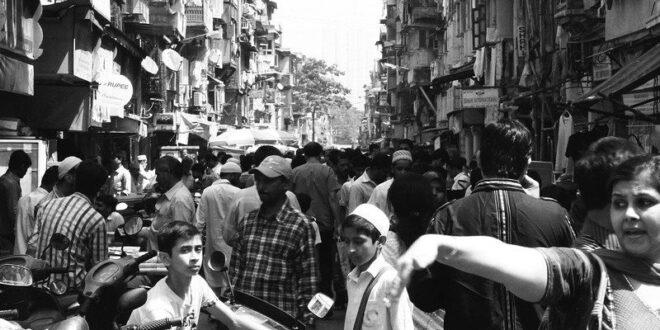 The Return Of The Taliban: Pandemic Lull Of Terrorism In India Will Soon Be Over – OpEd

COVID-19 has taken the world quite a few steps backwards. Across a range of phenomena, from access to healthcare to economic inequality, COVID-19 has not just disrupted the status quo, but has served as a catalyst, hyper-charging existing trends. This pandemic seems to have had relatively little impact on the trajectory of violence, although terrorism in south Asia appeared to have retreated a step back, not fading but looming in the corner.

Terrorism in South Asia is a multifaceted reality, especially in India. India’s tryst with terrorism and violent extremism can be traced back partly to the religion-based partition in 1947, which ripped the sub-continent into two nations: India and Pakistan. The sub-continent remained witness to the most horrifying ethnic riots in modern history, which were marked by extreme violence and acts of terrorism. Later, the ill-fated apportionment of Kashmir has become an unending dispute in the sub-continent. Kashmir became the target as well as the hub of terrorism. Islamist terrorism quickens around this conflicted region.

Apart from Islamist terrorism, separatist movements drifted from guerrilla insurgencies to terror attacks had perturbed India’s peace. The Maoist insurgents called Naxalites, defined by the then Indian Prime Minister as “the biggest threat to national security”, are still active in Central India tribal hills, and have also been branded as “terrorists”. India also remains highly vulnerable to terrorism by foreign terrorists, due to porous borders with all its neighbors and a long coast line. Sri Lanka’s LTTE had carried out India’s first suicide bombings. India dreads militants of Pakistan mainly because of the unsettled situation of Kashmir. Afghanistan is another sore subject for India because of the presence of Islamic States of Khorasan (ISK) and Al Qaeda Indian Subcontinent (AQIS) and It’s becoming a more dreading country later to the exit of USA from Afghanistan as Taliban literally took over the country and formed their own government. History testifies that, Al-Qaeda’s rampancy rises under the rule of Taliban. Al-Qaeda has a special wing for operation in the Indian Sub-continent, which naturally takes India as their main target. India itself provides reasons for that. When it comes to religious disharmony, India seems to be standing at the same place forever, not progressing a bit. The anti-Islamic sentiment is intense; regular riots, encroaching Masjids, law against inter-faith marriage, changing the syllabus of Madrasa studies works as impetus for Islamist terrorism. This intense islamophobia encourages the Islamist militants to call for Jihad against India, ignoring the fundamental rule of Islam which is ‘peace’.
Newer ways to recruit and radicalize:

India may prepare for their battle, originate from hatred, which may come in a new form in because of this pandemic. Terrorist organizations have found new ways of radicalization, such as kinship and fundamental studies.

Kinship is likely to play a key role in radicalization and terrorist activities in the post-Covid world. This is because with tighter security, monitoring and territorial controls, terrorist groups have turned to expanding their networks via the families of their recruits, resulting in major terrorist attacks involving some or all members of the family unit. Radicalization may be brought through fundamental education. Madrassas provides fundamental Islamic studies. Madrassa girls were targeted by extremist groups with a hope that these girls will educate and radicalize the next generations at home. This might be the reason why Indian government want a change in the syllabus in Madrassa curriculum. But radical Muslims may not have liked it.
Concern for untraceable terror funding:

Besides radicalization, collecting funds is equally important for the terrorist groups. One significant concern is that the Covid-19 pandemic has brought forth new risks to the efforts of countering financing of terrorism with fake charities, fake non-profit organizations and crowdfunding particularly becoming more frequent sources of terror-financing. Terrorist organizations have also begun to exploit the anonymity afforded by Blockchain technology for fundraising and finances. India is in the process of upgrading its Financial Intelligence Network or FINNET by introducing machine learning or artificial intelligence, chatbots, virtual assistants, natural language processing, locational intelligence and spatial analytics, orchestration and threat intelligence, to perform advanced analysis, strengthen the financial intelligence infrastructure and ensure quicker dissemination of terror-financing cases to law enforcement agencies (LEAs).

India has developed the necessary capabilities to counter-terrorism, including legal and institutional framework and technical capability to combat terrorism in its various forms and manifestations, particularly countering the financing of terrorism. However, these are clearly not enough to stop the cash flow to the terrorism. With the return of the Taliban in Afghanistan, a surge in terrorism in the sub-continent is expected. Let’s not forget that, between 1991-2001, Al Qaeda was rose from the ground of Afghanistan right after US left the country after occupying Afghanistan for 20 years. After the attack of 9/11, US Army once again announced their war against Taliban and haven’t left the country until now since 2001. Now that, Taliban is back on the driving seat and Pakistan in their close proximity, terrorism is what’s coming.

There hasn’t been any large terrorist attack in the sub-continent for the last couple of years. India’s vulnerability on the Global Terrorism Index remained unchanged in 2020, with improvements in several metrics. There had been 30% decrease on the number of terror attacks in Jammu and Kashmir last year, although there were speculations about sustainable increment of terror induced violence in J&K because of the abrogation of article 370. But only the foolish will think that terrorism might have died down or constrained. Terrorism might have taken a step back, only to hit back with doubled force. India must be prepared.