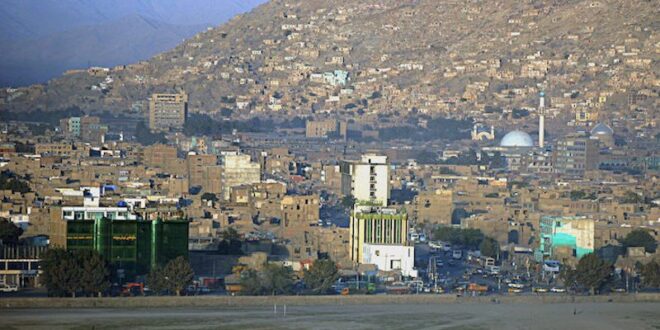 Since the takeover of Afghanistan, there is a growing concern most importantly about the fragile Afghan economy. It’s a fact that the United States of America has been providing huge economic assistance for Afghanistan for the past 20 years and all this is possibly coming to an end with the Taliban in power. For the past 20 years, the Afghan economy has depended on foreign aid, it is on record that 75% of Afghan’s public expenditure was financed by international aid, and the withdrawal of foreign troops will lead to a drastic drop in funding for their administration. For now, the Taliban has failed to gain international recognition except China. China has so far openly expressed its willingness to trust and cooperate with the Taliban. Will China replace the United States’ financial support in Afghanistan?

The International Monetary Fund (IMF) announced in a statement that due to a lack of consensus on the Taliban regime in the international community, the Taliban in Afghanistan will not be able to access nearly $500 million in reserve funds and other IMF-related resources. The United States, in addition, had frozen nearly $7 billion of assets deposited by the Afghan government in the United States Federal Reserve Board. The outgoing Governor of the Central Bank of Afghanistan, Ajmal Ahmady in a conversation with the Wall Street Journal emphasized that the financial resources available to the Taliban are only 0.1% of the total Afghans international reserve.

The United States for the past 20 years has paid a huge economic cost in the maintenance and development of Afghanistan. However, the current outlook for Afghanistan’s external financial assistance is uncertain, and the economic prospects are also falling into greater uncertainty.

After the US-led military overthrew the Taliban in Afghanistan in 2001, the US has sought to promote Afghanistan’s economic and social development and approved approximately 150 billion dollars for Afghanistan’s reconstruction. With the arrival of international forces and aid, the service industry in Afghanistan began to flourish, and agriculture which continues to be the main occupation began booming.

Accordingly, the World Bank estimated Afghanistan’s gross domestic product (GDP) has grown from $4.055 billion in 2002 to $ 20.561 billion in 2013, with an average growth rate of more than 9%. Afghanistan as a country has seen rapid growth in its human capital, education has greatly improved to the advantage of women who were previously denied their rights to education under the rule of the Taliban. However, Afghanistan’s overall economic foundation remains fragile, to this wise long-term financial support and economic assistance are needed to maintain the Afghanistan development agenda and sustain growth. About 60% of the country’s household income comes from low-yielding agriculture. To make matters worse, the United States began to withdrawal the international security assistance leading to the security destabilization in Afghanistan.

Subsequently, the Taliban militant began taken control of much of the area and increased its attacks on civilian installations. Since then security which is a prerequisite for economic and social development and national progress became increasingly volatile. Afghan’s security spending has skyrocketed to 28% of GDP, eclipsing the 3% on GDP on average for low-income countries in the world.

Additionally, the Afghanistan government was compounded with governance problems such as corruption, which deprive the country of long-term foreign investment. The World Bank’s 2020 Doing Business Survey, ranked Afghanistan 173rd out of 190 countries in the world. The World Bank stated, “Insecurity, political instability, and weak institutions, inadequate infrastructure and widespread corruption, and challenges in the business environment are a huge obstacle to the diversification of the private sector investment in Afghanistan.” The GDP of Afghanistan stood at less than $20 billion as of 2020, this makes the country one of the poorest in the world. The likelihood of the situation getting worsein an already economically impoverished country with the Taliban took control is an inevitability.

Source of Funds to the Taliban

According to United Nations estimates, in 2020 alone, the Taliban earned US$464 million from illegal mining in the country’s mountainous areas. These funds come from illegal activities, such as the opium trade and illegal mining. Drug trafficking remains the most profitable source of funding for the Taliban. Afghanistan is responsible for 85% of the world’s opium supply, and most of the profits go directly to the Taliban. But the Taliban may soon discover that illicit cash flow cannot sustain the administration’s long-term operation.

Given that the United States has cut off much of the Taliban’s assistance to the international financial system, economic conditions may soon worsen. Political risk consulting firm Eurasian Group wrote in an analysis report on Thursday: “The financial and economic crisis will make it more difficult for the Taliban to consolidate power and may lead the other organizations to engage in more brutal thug-style management.”

Will China fill the financial gap?

Is anyone willing to provide the Taliban with much-needed financial help? While Western countries warned against cooperation with the Taliban, China has actively sent signals of cooperation and recognition to the Taliban. China has repeatedly stated that Beijing is ready for a cooperative relationship with the Taliban in Afghanistan. Foreign Ministry spokesman Hua Chunying said in response to the outside world’s lack of trust in the Afghan Taliban: “Nothing in the world is set in stone.” China’s recognition will provide the Taliban with much-needed confirmation of the legitimacy of the regime and financial assistance. During the Tianjin talks in July this year, Taliban leaders said, they expect China to participate in the reconstruction and development of Afghanistan. Looking at Afghanistan’s rich untapped natural resources could be one of China’s hot spots. Afghanistan has around 1.4 million tonnes of rare earth, which are essential for the production of renewable energy technologies. Afghanistan is also rich in copper, cobalt, coal, and iron ore. The US Department of Defense in a 2010 report estimated that Afghanistan has a trillion dollars in natural resources.

In recent years, the price of these minerals has skyrocketed due to the global transfer of green energy, but the lack of basic equipment has hampered Afghanistan’s ability to develop these resources. China may also plan to expand its “Belt and Road Initiative” project in Afghanistan to gain geopolitical benefits in the region. In 2016, Beijing and Kabul signed an intergovernmental memorandum, which leads China to opened freight railways to Afghanistan and built infrastructure such as optical cables locally. Afghanistan is also a member of the Chinese-led Asian Infrastructure Investment Bank, and the Taliban can receive funding from the bank. But experts warn that if China is willing to fill the geopolitical gap left by the United States, regional security issues are Beijing’s biggest obstacle since the Western withdrawal. The United States and its allies have spent billions of dollars on Afghan security over the past two decades, training Afghan police and soldiers, and working to build a society governed by the rule of law. On investment in Afghanistan in early 2007, a consortium formed by China Metallurgical Science and Industry Corporation and Jiangxi Copper Corporation won the right to acquire the Aynak copper mine in Afghanistan, the world’s largest copper mine and one of the largest reserves in the world. However, due to local security conditions, the project has not progressed for many years.

Even if the Afghan Taliban welcomes investment, their ability to stabilize the internal situation is in doubt. There are still a number of forces involved in Afghanistan, including the Islamic State (ISIS) and the regional armed forces. Managing this complex security situation is a major challenge for China. China has said it has no plans to send troops to Afghanistan to maintain stability. The official “Global Times” media noted in a report on Monday that China could best evacuate Chinese citizens in the event of a major humanitarian crisis, or contribute to post-war reconstruction and development. Yun Sun, director of the China program at the Stimson Center, a think tank, told VOA that there is a long way to go between taking an interest in the project and actually moving forward with it and that China has not yet been able to maintain stability in Afghanistan. He said: “Of course China hopes to take part in the post-war reconstruction of Afghanistan, and it also hopes that Afghanistan will be stable, but how to achieve that stability situationin China’s view, for now, a big headache.”

Post Views: 83
Previous Afghan Fiasco To Have Repercussions In Iraq And Beyond – OpEd
Next Afghanistan: China’s Reaction To US Military Withdrawal – Analysis