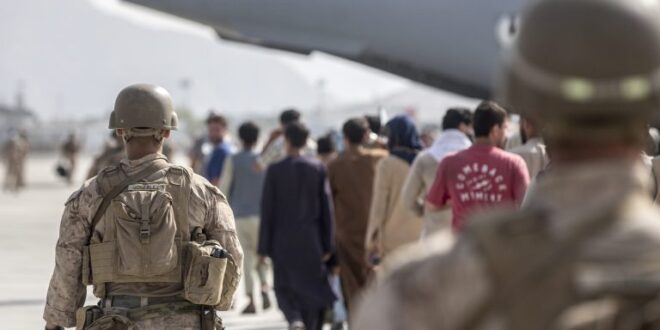 Qatar has played an outsized role in facilitating the safe passage and evacuation of U.S. citizens and vulnerable Afghans from Afghanistan.

The Biden administration has been criticized heavily for its handling of the evacuation, with charges that it was unprepared for such a complex operation despite setting the timeline.

Coordination among allies has been challenging and untold numbers of private individuals have been using their networks to help facilitate evacuations.

The Biden administration is concerned about possible ISIS attacks at or around the airport and is actively working to counter this and other threats.

In recent weeks, the United States has struggled to engineer a safe and orderly exit for Afghans seeking to depart the country, despite being the one to set the extraordinary timeline for an August 31 deadline. Scenes from outside Hamid Karzai International Airport have been chaotic and tragic, and there have been numerous reports of Taliban militants blocking access to the airport gates, as well as death and injuries among the desperate crowds. The Taliban is in control of entry points to the civilian side of the airport and its fighters have established checkpoints throughout Kabul leading to the transport hub. According to a report by the Financial Times, Qatar has been providing diplomatic escorts to ferry thousands of people safely to the airport. Last Friday, U.S. President Joe Biden thanked Qatar’s Emir Tamim bin Hamad Al Thani for his nation’s “generous support” in helping to evacuate American diplomats and U.S. citizens from Afghanistan. A.G. Sulzberger, the publisher of The New York Times, also thanked Qatar and said he was “deeply grateful” to the Qatari government for its assistance in helping the newspaper get its Afghan colleagues out of Afghanistan safely.

Qatar has also helped evacuate thousands of vulnerable Afghan nationals, in what President Biden described as the “largest airlift of people in history.” U.S. military transport planes have flown thousands of people from Kabul to Doha, where they are being housed and cared for while further preparations can be made. With a U.S. military base outside of Doha, an embassy in Kabul, and relationships with Taliban leaders, Qatar has been able to play a pivotal role as a liaison between the Taliban and the U.S. government, both during the ongoing intra-Afghan peace talks aimed at reaching a negotiated settlement, and in helping to secure safe passage for evacuees. President Biden has pledged to bring home all Americans from Afghanistan, as well as Afghans who assisted U.S. troops as translators, interpreters, or in any other capacity, and who possess a special immigrant visa (SIV). U.S. National Security Adviser Jake Sullivan and U.S. Secretary of State Antony Blinken have offered similar messages, although the administration has come under fire for its handling of the evacuation and the risks it poses to allies who supported the mission, including human rights defenders, women, and civil society organizations. President Biden has appeared defensive at times, suggesting that the harrowing scenes from the airport were unavoidable given the situation, though many have challenged that assertion.

The Taliban is in control of the checkpoints to the airport, meaning that it entirely controls access through Kabul. The coordination itself has been complex, and a number of private individuals have been using their networks to help facilitate evacuations. This is the positive side to the empowerment of individuals and small groups who are able to leverage personal and professional connections to fill a void left by the U.S. government, even from afar. To date, more than 37,000 people have been successfully evacuated from Afghanistan. The U.S. is now facing a deadline of August 31, one week from today, to complete its evacuation, though many are skeptical that such a challenging operation can be completed without an extension. The United Kingdom has reportedly asked the U.S. to extend the deadline so foreign troops can continue to support evacuations beyond that date. The United Nations has flown out some staff, though it remains unclear if UN agencies will evacuate Afghan staff and partners. A Taliban spokesman asserted that the group would not accept such an extension for U.S. troop withdrawal, saying there would be “consequences” if the U.S. and UK were to seek additional time to continue evacuations. Some estimates warn that unless they are evacuated from the country, as many as 100,000 Afghans could be at risk of reprisal at the hands of the Taliban. The entire evacuation has been plagued by missteps, errors, and flawed assumptions and communications, leaving the Biden administration scrambling to safely evacuate U.S. citizens and diplomatic staff, nationals from ally countries, and vulnerable Afghans. In the lead up to the evacuation, there were reportedly U.S. State Department memos sent through the “dissent” channel warning the Administration that it was not moving fast enough with processing visas for Afghans that would need to be evacuated.

The U.S. now has more than 6,000 troops on the ground in Afghanistan to help with the evacuation. Members of the 82ndAirborne are providing runway security, the Army 10th Mountain Division is standing guard at the airport, and civilian departure is being assisted by the 24th Marine Expeditionary Unit. The most significant problem when approaching the airport is the crowd, throngs of people who are blocking access and attempting to move up toward the gate. By most accounts, the U.S. military is doing an outstanding job, but there are several other obstacles prior to that point. One possible solution could be to have processing centers on the periphery to help facilitate the movement of individuals with the approved paperwork and credentials, which would clear the logjam and carve out a path. The large crowds themselves are a major vulnerability. The Biden administration has warned of possible attacks from the so-called Islamic State’s Afghan branch, ISIS-Khorasan Province (ISIS-K). Appearing on CNN’s “State of the Union” last weekend, Jake Sullivan said the threat posed by ISIS-K “is real. It is acute. It is persistent. And it is something we are focused on with every tool in our arsenal.” There are concerns that ISIS-K could attempt a missile attack against a transport plane, deploy vehicle-borne improvised explosive devices (VBIED) near the airport, or send teams of suicide bombers to infiltrate the crowds. With few remaining intelligence assets on the ground in Afghanistan, it will be difficult, if not impossible, for the U.S. to recognize terrorist threats as they continue to metastasize in the country and the surrounding regions.