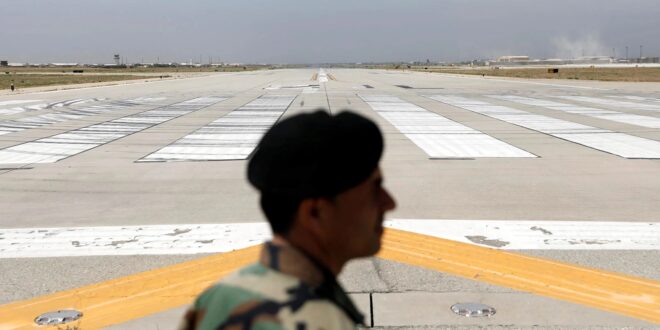 Why Exactly Did We Abandon Bagram Air Base?

The Economist’s Shashank Joshi tweeted an important observation that deserves to be highlighted. President Biden was either confused or — worse — actively misleading the American people when he said at Thursday’s press conference that senior military officers advised him to abandon the Bagram air base because there “was not much value added” in holding it.

“They concluded — the military — that Bagram was not much value added, that it was much wiser to focus on Kabul,” President Biden said. “And so, I followed that recommendation.”

Here’s the clip, with the president’s full answer:

You need not be a military genius on the level of Napoleon or Frederick the Great to realize that the international airport in Kabul — with a single runway, surrounded by mountains, and in the middle of a city of 4 million souls — is not an ideal base of operations from which to conduct this evacuation. In fact, the airport is dangerously exposed.

As we’ve so painfully discovered, basic security for the airport is a problem and flight operations can be threatened and even shut down due to the security situation.

So why exactly did we give up our air base at Bagram? The operational situation would suggest that a second, more-defensible air base equipped with modern facilities would be an asset during a crisis such as this.

Well, according to what the chairman of the Joint Chiefs of Staff, General Mark Milley, said just last week, we did it because of an arbitrary cap on troop numbers in Afghanistan.

This is indefensible from a military operations’ standpoint — but President Biden wanted the troops out, so that was that, apparently.

Surely the president wouldn’t be misleading the American people about the reasoning behind the decision. President Biden wouldn’t be passing the buck here, would he? Surely not.