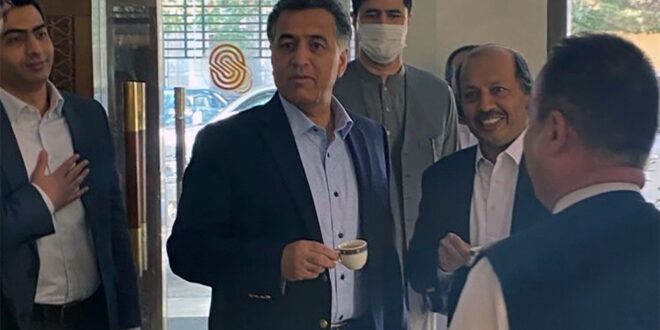 ISI chief in Kabul for talks with Taliban: sources

Lt Gen Faiz Hameed, the director general of the Inter-Services Intelligence (ISI), Pakistan’s spy agency, arrived in Kabul on Saturday for talks with the Taliban regarding matters related to the safe evacuation of foreign nationals, border management and security in the region, sources said.

Geo News reported that Hameed will also meet with Pakistan’s Ambassador to Afghanistan Mansoor Ahmed Khan and his team on issues of repatriation and transit through Pakistan and the situation on the border.

Since the Taliban came into power last month thousands of foreign nationals have been evacuated from Afghanistan with Pakistan’s help, Geo News reported adding that the Pakistani embassy in Kabul has been working 24/7 to assist in the evacuation efforts.

According to the sources, as quoted by Geo News, the ISI chief will discuss matters with the Taliban related to the issue of pending requests from countries and international organizations for repatriation/transit through Pakistan.

Geo News reported that border management is another important issue that will be addressed during Hameed’s visit.

Meanwhile, Taliban spokesman Zabihullah Mujahid said in a voice clip to BBC that the Pakistani ISI chief’s visit to Kabul was requested by Pakistan and that the delegation was expected to discuss a number of issues with Taliban officials, including the refugee problem, and restarting flights from the airport

In a meeting with British Foreign Secretary Dominic Raab, Bajwa said that Pakistan will “continue to fight for peace and stability in Afghanistan, as well as assist the formation of an inclusive administration”.