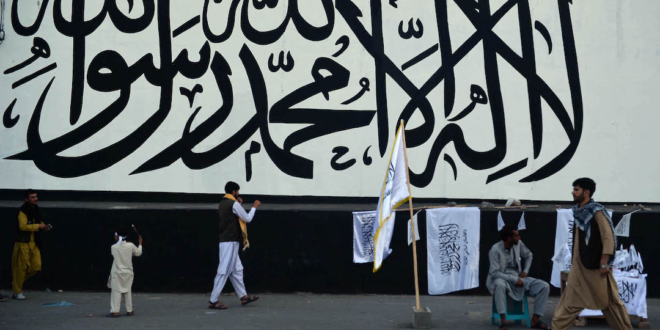 What do the new appointments signify?

On 22 September, the Taliban published several new appointments, including at ministerial levels. The announcement came a day after the Chinese, Russian and Pakistani envoys met with the head of the Taliban government, Mullah Hassan Akhund, calling for more inclusive governance. The list of new appointees very slightly broadens the new government’s makeup, as the interim administration is no longer composed entirely of Taliban stalwarts. Most of the new appointees either have no prior affiliation with the group or are not prominent members of it. Key appointees such as the ministers for trade and public health, and their deputies, do not appear to have past affiliations with the Taliban. Others with no formal connection with the movement include Nazar Mohammad Mutmaeen, head of the National Olympic Committee, and Najeebullah, head of atomic energy. Still, many of these outsiders are considered sympathetic to the Taliban.

Has the interim government now become inclusive?
” The [interim] government is still dominated by the Taliban’s clergy. “

Yes, slightly. With these additions, the new government now counts four Tajiks, two Uzbeks, one Turkmen, one Hazara, one Nuristani (an ethnic group native to Nuristan province) and one Khwaja (claiming Arabic lineage, Khwajas generally speak Dari as their native tongue). With a total of 53 members, this expanded cabinet is a small gesture toward including ethnic minorities, though it is still dominated by Pashtuns. Several of the new names appear to have been selected, in part, because of their ethnic backgrounds or professional experience. Noorudin Azizi, the new trade minister, is from Panjshir province, where the Taliban have been fighting the remnants of the Northern Resistance Front (NRF). Azizi and his two deputies are businessmen from the north, with no known affiliation with the Taliban. The new health minister, Qalandar Ebad, and his two deputies, all three of whom are medical doctors, also do not appear to be Taliban members. While the government is still dominated by the Taliban’s clergy, there are now a number of technocrats in less prominent ministries. The current list has at least three appointees with degrees in engineering, four with medical training and one with a doctorate. By contrast, there are at least fourteen maulawis or qualified clerics in the interim government. Some appointments, such as the new chancellor of Kabul University, have generated widespread debates, even among Taliban figures, on whether the leadership made the appointments sufficiently based on merit.

Do the appointments include women or former establishment figures?

Despite continued international pressure, the Taliban have so far failed to appoint any women in their cabinet. Their failure to do so exacerbates concerns about significant deterioration in women’s rights under the new regime, especially after the new government announced that secondary school would resume for male students only, while claiming that female students will be able to return in the near future. No public explanation has been provided for why girls have been prevented from resuming their education. In addition, the majority of women in the public sector have not yet been allowed to return to work.

Similarly, the Taliban have resisted calls from regional and Western governments to include figures from the previous Western-backed political establishment. Taliban interlocutors claim to Crisis Group that despite an internal push by some members to include figures associated with the former system in the new government, most of the top Taliban leadership has so far opposed such a move due to the perception that former politicians were corrupt and discredited. Perhaps more importantly, there were also concerns among the Taliban that if they moved to bring in either women or former politicians, they could risk backlash from the rank and file, who might view the leadership as betraying their ideals. The resurgence of the Islamic State Khorasan Province, which has sought to portray the Taliban as compromising their Islamist credentials, is likely to further diminish prospects for inclusion.

Do the appointments signal any significant shift in Taliban policy?

Although the inclusion of more officials from minority groups is something Western and regional governments have been pushing for, these nominations do not indicate that the Taliban are yet willing to make any significant concessions for the sake of international recognition, sanctions relief or the resumption of aid flows from Western governments. Many of the new appointments seem designed largely to strike an internal balance by accommodating various Taliban factions that felt neglected following the first round of nominations. For example, Sadr Ibrahim and Qayyum Zakir, two prominent commanders from Helmand province, have been appointed as deputy ministers for interior and defence, respectively. Gul Mohammad, another important figure within the faction associated with former Taliban leader Mullah Mansour, has been appointed as deputy minister of borders and tribal affairs. Maulawi Abdul Rahman Rashid, an ethnic Uzbek from current Deputy Prime Minister Mullah Baradar’s faction, is now the minister of agriculture. These appointments are likely to reduce tensions that appear to have resulted from the first round of nominations. They reaffirm the notion that as the Taliban continue to expand their cabinet and administration, they will likely prioritise the movement’s internal cohesion over external considerations.
” The Taliban’s decision not to offer any ministerial positions to women … deals yet another blow to hopes that the movement will be susceptible to external leverage. “

The Taliban’s decision not to offer any ministerial positions to women or former establishment politicians deals yet another blow to hopes that the movement will be susceptible to external leverage. The group’s latest appointments appear to have been designed to make the government ever so slightly more inclusive, perhaps indicating a certain degree of pragmatism. But the Taliban’s rhetoric on sanctions is becoming increasingly uncompromising. The paucity of Taliban concessions is bad news for foreign powers concerned about finding counterparts in the new government for the work ahead on mitigating the humanitarian catastrophe already under way, Afghanistan’s impending economic collapse and the prospect of large-scale forced migration. Without any clear signs that the Taliban are willing to work toward a more inclusive governance model, donors remain understandably wary of empowering a regime at the early stages of what remains an uncertain transition from militancy to government.