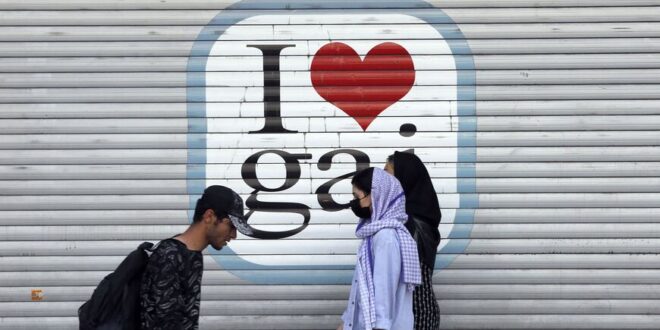 Iranian shops are closing up in waves amid the continuing nationwide protests.

Iran was hit with widespread business strikes on Thursday in support of anti-government protests that were entering a third month.

Over the past week, and despite severe internet disruptions and rigorous controls, campaigners have urged civil disobedience on the anniversary of the November 2019 protests, when authorities ordered security forces to shoot to kill hundreds to crush demonstrations over fuel price hikes.

The shutdowns are a far-reaching act of solidarity from businesses to the protesters, who are mostly of a generation born more than two decades after the 1979 inception of the Islamic Republic theocracy.

Footage posted by the activist collective 1500 Tasvir showed rows of closed shops in the capital Tehran’s main business hub, the Grand Bazaar. “This year is the year of blood. Ali will be overthrown,” protesters chanted against Iran’s supreme leader, Ayatollah Ali Khamenei.

A couple of miles away on Jomhouri Eslami Avenue, another major downtown business center, protesters tore down metal fences to close off roads amid billowing smoke. The unrest spilled over into subway stations and streets in the affluent district of Shahrak-Gharb. In one location, security forces were seen throwing tear gas near a hospital’s windows.

The government-run ISNA news agency reported that only about half of businesses were closed and the protests remained sporadic. Posting videos from street markets, hard-line Tasnim News downplayed the strikes as a failed effort by foreign-based “terrorist media.”

Still, dozens of videos trickled out from almost all major cities including Isfahan, Shiraz, Mashhad, Kermanshah and Sanandaj, where shops’ metal curtains were rolled down on blocked streets where protesters continued chanting against the government. At some rallies, women removed and their headscarves and twirled them over their heads in defiance of the Islamic Republic’s hijab rules, anger at which has been central to the unrest.

The southern town of Marvdasht appeared to have seen the most violent clashes, where security forces opened fire at rock-throwing protesters from inside a mosque.

University campuses also had a turbulent day. Massive crowds filled the campus of Shahid Beheshti University and there were violent scuffles between protesting students and Basij paramilitary forces at the prestigious Amir Kabir University of Technology.

To curb the boiling protests that have rocked the country after young Iranian Mahsa Amini’s death in police custody in mid-September, Iranian security forces have killed 344 protesters, including 52 children, according to data confirmed by the Human Right News Agency, which estimates that over 15,800 people have been detained. While it’s unclear how many remain incarcerated, stories of mistreatment including torture and abuse have been recounted by released individuals.

Last week, a 19-year-old woman identified as Yalda Aghafazli was reported to have committed suicide only days after being freed. The case has fueled speculation among activists that she is likely to have fallen victim to sexual abuse while in detention, citing a long history of rape claims implicating security and intelligence forces during past protests.

Despite mounting evidence indicating the use of live ammunition against protesters, Iranian officials are maintaining a policy of denial. Describing the dissidents as mercenaries who are implementing plots by foreign enemies, the ruling hard-liners have signaled no intentions to introduce reforms or ease the suppression.

On Tuesday, the director of the hard-line Basij Organization, Brig. Gen. Gholam-Reza Soleimani announced that “drills” are to be held across the country in the coming days. He did not elaborate on the nature of the exercises by his organization, whose plainclothes members are heavily engaged in the ongoing crackdown.

“Today, Basij youths have formed their cyber battalions,” the general declared. “The enemy possesses abundant tools and provisions there … and the Basij has a long way ahead before shaping popular, integrated networks across cyberspace.”