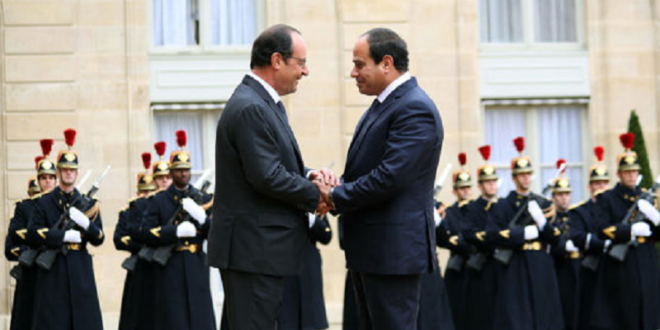 Egypt used intelligence provided to it by the French military to target and kill its own civilians suspected of smuggling contraband. In leaked documents, the French military was implicated in at least 19 airstrikes carried out by the Egyptian military against its own civilians between 2016 and 2018, according to a report published by the website Disclose. The French and Egyptian mission, which began under French President Francois Hollande and which was designed to provide intelligence on security threats along Egypt’s western border with Libya, was called Operation Sirli. “But very quickly, the (French) members of the team understood that the intelligence supplied to the Egyptians was used to kill civilians suspected of” smuggling contraband, according to the website. Hundreds of classified documents on the operation were leaked to Disclose. The report has led to the launching of an investigation by France’s Defense Ministry about how the information provided by France to Egypt was being used. France is one of Egypt’s main weapons suppliers.