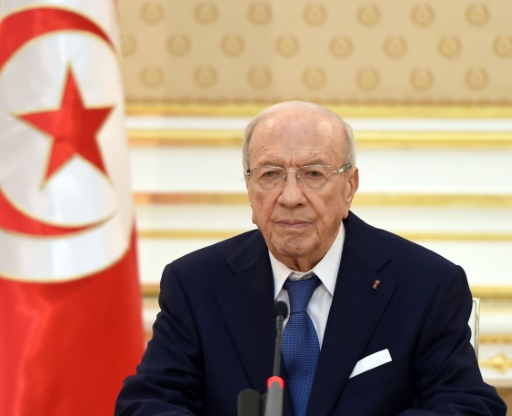 The Tunisian government has declared a nationwide curfew amid days of protests and rioting over jobs and economic conditions. Authorities have arrested at least 19 people in the unrest that has been considered the worst since 2011.
This has been the call of hundreds of people in the impoverished central town of Kasserine since Tuesday.
A young man killed himself when he was refused a public sector job.
The protests spread like wildfire… demonstrators storm local government buildings… others clash with riot police.
One policeman has been killed and dozens injured.
Amid the widespread rioting, Tunisian President Beji Caid Essebsi appeared on national television and asked the government to take action against unemployment.
“I know that the state and the government are able to find the appropriate funds, even if we have to take it from somewhere else to allocate it to this issue, because this is our responsibility,” said Beji Caid Essebsi, Tunisian President.
The country’s opposition believes there should be more to do in addressing the problem.
“We proposed an exceptional and temporary tax on the great fortunes. The second thing is a moratorium on debts and interest costs for three years. This is not an exception,” said Hamma Hammani, spokesman, Tunisian Popular Front.