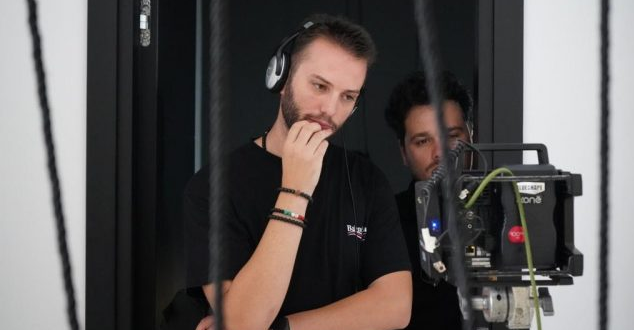 A historical drama by young Albanian film director Eduart Grishaj suggests that shared culture and human understanding can offer Albanians and Serbs a counter-narrative to prejudice, hatred and ethnically-motivated violence.

Although more than 70 years apart in time, two women called Sophia are connected through an incident dating from one of the darkest moments of their respective nations’ history.

The first Sophia is an elderly Albanian woman living in a remote village in the mountainous north of the country during World War II.

The second Sophia is a young Serbian girl living in contemporary Belgrade, studying the Albanian language and dreaming of going to Albania in a quest to explore an old story that her grandfather told her. When she gets there, she falls in love with a young Albanian man.

This is the basic outline of director Eduart Grishaj’s recent film ‘Sophia’, a romantic historical drama that takes a sensitive human approach to the differences and animosities between Albanians and Serbs.

The film is based on a real story from World War II. Grishaj told BIRN in an interview that he was inspired by reading about it in a book by well-known Albanian priest At Zef Pllumbi, who spent 25 years in Communist prisons during the period when religion was banned in Albania.

“When I read this story, it seemed so inspiring and extraordinary and I said, ‘I definitely have to make it into a movie,’” Grishaj told BIRN.

“And through the film, I wanted to give a message and I wanted to show that regardless of history, regardless of prejudice, hatred and war, we are two countries that, with love, can move forward and leave these things behind,” he added.

‘The strength of women’

The story that the young Sophia has been told is about a Yugoslav brigade commander – her grandfather – who is wounded in a battle against Albanian fighters. He finds shelter in a traditional Albanian house, a kulla, where he receives treatment from the other Sophia, who later gets news that her son has been killed by Yugoslav forces in the same battle.

He stays at Sophia’s kulla for eight months as he recovers, and many years later his granddaughter is named after her. The young Sophia then travels to Albania to see out her namesake’s relatives.

Grishaj said that through the movie, he wanted to convey a message about “the strength of women”. In the film, the elderly Sophia defies angry Albanian men who want to take revenge for her killed son by killing the Yugoslav brigade commander: “I lost a son, so I don’t want to lose honour” – a reference to old Albanian tradition that a guest is untouchable.

Grishaj explained that the project was not supported by state institutions in Albania, and he was only able to get support from two municipalities, Tirana and Malesi e Madhe in northern Albania, where he shot scenes for the film.

“I directly went to ask for help from the Film Centre in Albania, which did not open its doors to me and did not support me for this project. I went to the Film Centre where they rejected me and I went to the Ministry of Culture and I met with the minister that I explained to her and I left there with the promise that she would help me to continue this project, but this did not happen,” he said.

He added that he faced difficulties filming in Belgrade as well. “It was not very easy there when dealing with the institutions,” he explained.

He also said that, despite his efforts to screen the movie in the Serbian capital, it has so far not been possible. He tried to contact around 15 film distributors in Belgrade but it was not possible to reach an agreement; most of them did not even reply to his emails.

The film has however been screened in Tirana and several other towns in Albania, as well as in Kosovo and North Macedonia.

‘Culture brings us together’

Grishaj says that he took three years to complete the film and among the crew he used were people from Albania, Serbia, Kosovo and North Macedonia.

He says that in the beginning, when they didn’t know too much about each other’s countries but their perceptions changed along the way. “And the staff who came from Serbia in the beginning, they had heard bad things about Albania, but when they came they were very happy to work here, just like I heard bad things about Serbia and when I went there, my thoughts completely changed about the locals and about the city of Belgrade,” he said.

He argued that politicians have not done enough to bring people together, while the media had also played a negative role, “broadcasting only the bad news and never the good news that these two peoples have in common”.

He said that he was so impressed when he found out that there are students learning Albanian at Belgrade University that he used it as a scenario in the film.

“I discovered it when I was working on the film in Belgrade: many young people from Serbia, Serbs, are learning the Albanian language and speak Albanian very well,” he said.

“This is an important thing and Albanians should know that there are Serbs who are learning the Albanian language, that we aren’t only killing each other, as happened in the past.”

Post Views: 99
Previous China, Russia, and the Bomb
Next AMERICA IS NOT GOING ORBAN’S WAY